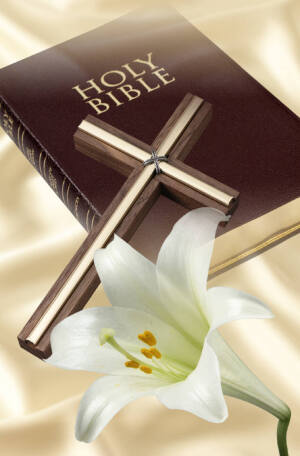 Jack attended Adrian College in Michigan where he met his beloved wife, Marie (Blount). After graduating, Jack served in the Korean conflict where Marie joined him overseas. He retired from Marathon Oil in Findlay, Ohio after 25 years as a systems analyst.

He attended the Methodist Theological School in Ohio and became a Methodist minister. He served as Pastor for multiple years at two different United Methodist Churches in Vanlue, Ohio and others around the Findlay area. Jack was very much a patient advocate and volunteered several years with men’s breakfast groups and Hospice in Findlay, Ohio. After raising his children, he became a Hospice chaplain and volunteered his time with Stephens Ministries at Richland Memorial. It brought joy to him to be able to be there for individuals and families during times of illness and grief.  His calling was to console those individuals and families through the grieving process and organized many groups to support this endeavor in the Findlay community. Being a part of Christ-centered small groups was very important to him.  He was a member of the Lexington Choral Society and enjoyed singing and harmonizing with his wife, Marie, and others.

Jack enjoyed reading, playing golf and watching baseball and basketball games, music (especially Mannheim Streamroller, one of his favorite groups), volunteering, swimming in the quarry in Findlay, going to his children’s and grandchildren’s events, camping, traveling with his wife Marie and spending time with friends. He enjoyed an occasional cold beer and loved his cat, Troy who provided him with many years of companionship.

Jack is predeceased by his wife of 62 years Marie (Blount) Whinham, and his son, John R.  Whinham of Rochester Hills, and his brother Robert Ellis Whinham Jr.

A special note of thanks and appreciation to Jennifer Steele who was not only Jack's caregiver but his best friend who brought him many meals, laughter and happiness during his final years.

A memorial service will be held at a later date. Barr-Price Funeral Home and Crematorium, Lexington Chapel, is assisting the family.

To send flowers to the family or plant a tree in memory of John "Jack" W. Whinham, please visit our floral store.

You can still show your support by sending flowers directly to the family, or by planting a memorial tree in the memory of John "Jack" W. Whinham
Share a memory
© 2022 Barr-Price Funeral Home. All Rights Reserved. Funeral Home website by CFS & TA | Terms of Use | Privacy Policy | Accessibility