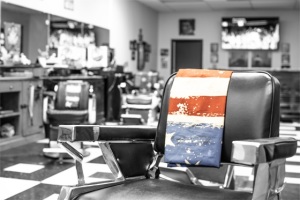 Services for Terry Burnett Aughtry will be Monday November 25th, 2019 at 1:00 p.m. at Barr- Price Funeral Home with visitation to follow.

Terry was born February 13th, 1959 in Columbia, South Carolina; she was the daughter of the late Sara Wannamaker and Boyd Virgil Burnett. Terry was the second youngest of 7 siblings.

Terry graduated from A.C. Flora in 1977. After graduating high school, she attended USC and after one semester, she went on to peruse her passion for barbering by becoming a Master Hair Care Specialist and a Barber Instructor. Terry always continued to perfect her craft in the field she loved.

Terry married her late husband George Robert Hughes in 1980. The couple lived in Lake Worth, Florida until their divorce in 1990.

They had three sons together, David, John Paul and Joshua. Terry and her children moved back to Lexington, South Carolina where she married Brian Aughtry. Terry and Brian were married for over 20 years.

She worked in Lexington for the late Frank Connell, of Connell’s Barbershop for 18 years. After Frank retired, Terry opened her own barber shop in 2010 and Terry’s Barber Shop was born.

Terry’s personality always could light up a room and she was an exceptional conversationalist whose ability to make people feel important and feel good about themselves was unmatched. She lived her life to the fullest and had a love for monkeys (especially ones that can wear clothes and ride bicycles), exercising, palm trees, hula girls, pin up girls and snorkeling in clear blue water. Terry’s sons have fond memories of her amazing home cooked meals and being an expert at finding shark teeth in Edisto. Among Terry’s passions, her greatest passion was being a devoted mother to her three sons.

She served the Lexington Community for more than three decades and put love into each and every haircut. All three of Terry’s sons have worked along side her in the family shop. Terry’s legacy will be continued through her sons, her barber shop, and all those that she impacted.

To send flowers to the family or plant a tree in memory of Terry Burnett Aughtry, please visit our floral store.